In a recent press conference following a successful mission, a launch and landing of a flight-proven Falcon 9 booster SpaceX CEO/CTO Elon Musk said: “We will donate this booster to the Cape”.  Numbered 1021 for SES-10 the booster first went into operation lifting the CRS-8 Dragon Capsule to orbit for a rendezvous with the International Space Station. The booster was returned to Port Canaveral and endured refurbishing for a second launch lifting the SES-10 satellite into orbit.

Nothing official has been released, however, many rumors have been circulating as to where to locate the booster display.  One thing is certain, this is a historical period in aerospace and the Space Coast is awash in tremendous adulation and focus. Wherever it’s final position is, this Falcon-9 will be visited by millions. 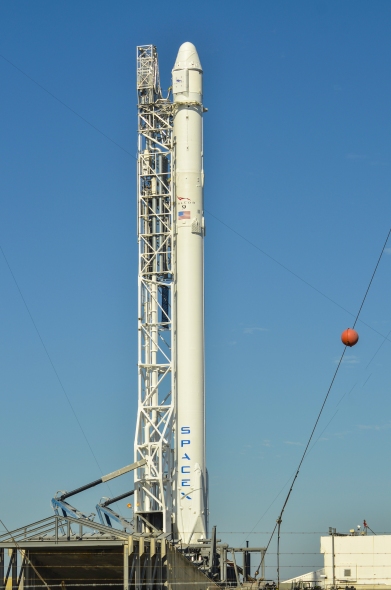 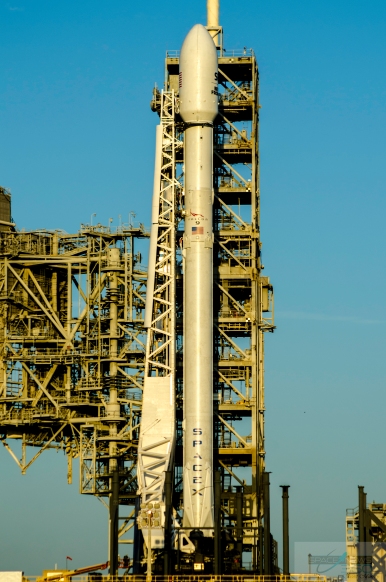 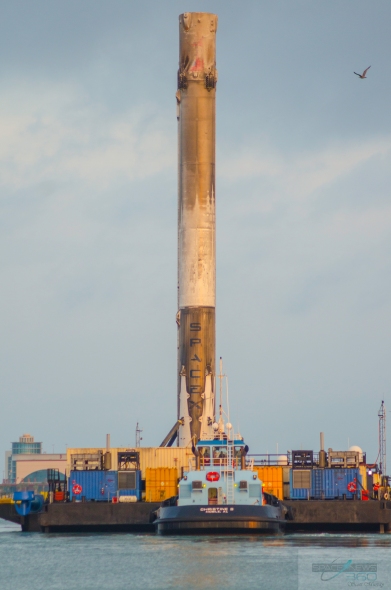 Now two full launch cycles for this booster core and off to be displayed somewhere on the Space Coast.  A recent poll I conducted pointed to the Kennedy Space Center Visitor Complex in its Rocket Garden.

The second most popular location was somewhere in Port Canaveral (near the Exploration Tower) and third was near the South Gate of Cape Canaveral Air Force Station. The south gate is at Space Florida’s office and SpaceX’s Launch & Landing Control building along with Moon Express and near the vehicle and badging inspection center. 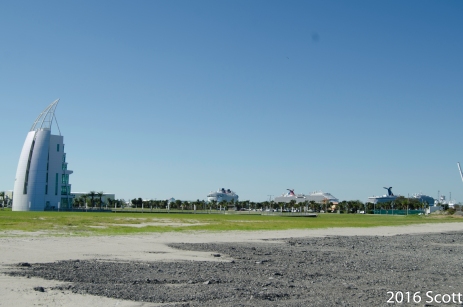 ……and third was near the South Gate of Cape Canaveral Air Force Station. The south gate is at Space Florida’s office and SpaceX’s Launch & Landing Control building along with Moon Express and near the vehicle and badging inspection center.

The larger number of cars can be handled at the Port, ample parking, restaurants and entertainment and the SpaceX Booster can be viewed and have multiple photo ops for free.  Clear photo POV for sunrise/moonrise and sunset/moonset shots. Tourist, locals and cruise passengers will all get to see this historic aerospace rocket. With SpaceX’s investment in port facilities and land, this could be a politically sound decision too.

The rocket garden has much of the US history in rocketry and the greatest space exhibit in the world.  Kennedy Space Center Visitor Center handles tours to the launch areas and to the Saturn 5 museum. There is a charge to get into see the Rocket Garden and is only a tourist destination. NASA may have the most ‘pull’ to ‘land’ this display as they are partners to a factor of 100!  The center should be able to handle the additional traffic and guest counts the Booster will most certainly bring.

The CCAFS South Gate area is viewed by those entering and exiting the Air Force Station, visiting the Sands Missile Museum and has only one road leading to it. The Air Force is the political force here as the leadership loves having historic displays at its entrances. This location is actually inside the Air Force Base gate and can be closed off during heightened FPCONN (Force Protection Condition – Alpha, Bravo, Charlie, Delta) levels. We are presently at FPCON-Bravo. Additionally, you have to pass the badging and vehicle inspection station.

Whatever location is chosen, the magnificence of the Falcon 9 will be a sight to see and thousands will visit for photo ops.